Off the back of the proposed crackdown on charter and air-taxi flights across New York City, the city’s air-taxi booking platform Blade has announced that it is expanding its presence in Los Angeles.

Blade will now offer flights to and from its newly established downtown LA rooftop lounge and heliport to various hotels and airports across the city.

Specifically, the new routes are between Los Angeles Airport (LAX), Blade Lounge DTLA, the LA Westside, Orange County and Burbank. Additional routes will be flown to downtown Los Angeles to coincide with hockey and basketball games. Fares on the new routes will start at $195 per seat, with flight times as short as five minutes.

“Since expanding our continuous flight service in Manhattan and San Francisco, we are seeing faster-than-expected adoption by people choosing to fly rather than drive,” says Shivani Parikh, West Coast General Manager of Blade.

“Additionally, Los Angeles is on the forefront of embracing multi-modality transportation options such as auto, bike and scooter shares as new ways of saving time. BLADE is now enabling another mobility option—the ability to fly short-distances bypassing ground traffic on the way to work, home, the airport or to key leisure destinations.”

Blade’s Los Angeles service is all flown on Airbus H130 helicopters, with Airbus themselves also being a key investor in Blade. Airbus is also the majority owner of the LA based Blade competitor Voom, which also offers seats on scheduled helicopter flights across the city.

“Airbus Helicopters is an investor and partner of BLADE and we are very happy to   be   partnering on BLADE’s expansion with our customers in Los Angeles. The H130 is the perfect aircraft for this type of mission thanks to its comfort, efficiency and   environmental standards, as it’s the quietest in its class,” said Romain Trapp, president of Airbus Helicopter. 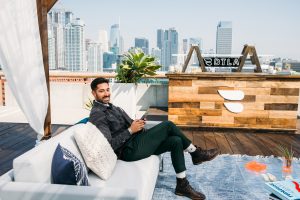 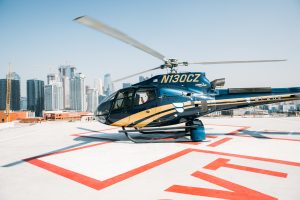